Investing in job readiness programs can be daunting. The field is broad, encompassing everything from skills to logistics to attitude, and results are diverse – one person could be “job ready” in three months while another could take three to four years.

At the Many Hands November Educational Forum on Job Readiness, moderated by founding board member Leslie Lawley, three knowledgeable leaders in the field broke down some of the complexities of helping people enter the labor force and provided invaluable insight for about 40 Many Hands members in attendance.

“People think job readiness is job placement, but that’s the end of the process, the last step,” said Bob Wittig, the Executive Director of the Catalog for Philanthropy. Wittig enumerated a long list of barriers low income job applicants have to overcome; he said Many Hands could have a major impact investing in any one of these areas. Some obvious challenges: childcare, transportation, literacy skills, English fluency, and computer skills. Less obvious barriers: having the proper clothing, a history of substance abuse, or a criminal record. Every year about 5000 people in DC are re-entering society from prison, according to Wittig.

Even if an applicant lands a job, she can face another formidable barrier – not knowing how to navigate workplace culture or work etiquette. “You can’t decide not to go to work because it’s raining,” said Wittig. “We had parents who taught us that, but many people trying to enter the work force never had that and have to learn it.”

Lecester Johnson is the Executive Director of the Academy of Hope, an adult public charter school which more than doubled the number of graduates with a high school credential and increased its revenue from $650,000 to over $4 million under Johnson’s leadership. She focused on the formidable literacy challenge.

“Our average person comes in reading at a 6th grade level and doing 4th grade math,” she said. “About ten percent of our people are at the beginning, kindergarten level.” Johnson said a shocking 19 percent of DC adults – that’s about 80,000 people – read below the basic level even though they have a high school diploma.

Johnson also talked about some lessons learned in preparing their students to enter the work force. She said the old way was to focus on getting adults’ high school credentials and then hand them over to a work force provider to learn job readiness skills. “Now we’ve learned that adults can do two things at once,” she said. “So we introduce occupational skills into the academic classes.”

Anne-Marie Bairstow told Many Hand members about an innovative program in work force development launched by a private company, WC Smith. Bairstow is VP of Marketing and Communications for WC Smith and manages their charitable giving. The company owns and manages 10,000 apartments in DC and is building more. DC law requires them to hire residents local to the areas where they build, which brought the job readiness problem front and center for them.

“We ended up with subcontractors coming to us and saying ‘we couldn’t find any qualified people in the neighborhood to hire.’ So my boss said let’s figure out a way to get people training and ready to work before we build,” said Bairstow. Thus was born the Work Force Center at a WC Smith work site. Bairstow’s company joined with five non-profits who provide services for would-be workers there. She talked about the knowledge deficits that keep some applicants from getting or keeping jobs.

“One guy came in for a job interview, sat down and complained about a fight he just had with his girlfriend and said ‘why do women do that?’ Then he pulled out a cheeseburger and started eating. That’s no way to get a job,” said Bairstow. Other job seekers didn’t realize that “if your babysitter doesn’t show up, you need to call. You can’t just not come to work.”

Wittig and Johnson talked about successful approaches they’ve seen in their work.

“Wrap-around services is our approach and we’ve found that most successful,” said Johnson. She also said bringing back their school graduates for orientation sessions with new students was highly effective. “The new students feel like they’re never going to get there,” she said. “We found it really succcessful to have grads come and talk about ‘how I did it.’”

Wittig, who spent many years in a previous position funding non-profits in workforce development, recommended not being afraid to invest in programs that help small groups.

“We made successful investments with organizations that worked with just five women a year,” he said. “They’re small but the transformations were great. It’s not just about the numbers if it’s a hard-to-serve group.”

Wittig said another very successful approach was to match students with business professionals who mentor and work through a core curriculum with them. “It builds a network, something these people don’t have,” he said. “If I lost my job tomorrow I would have a network I could tap into. Most low-income people don’t have that.”

Overall the Many Hands forum shed light on the considerable challenges low income job applicants face as well as some of the more successful strategies to overcome those challenges. 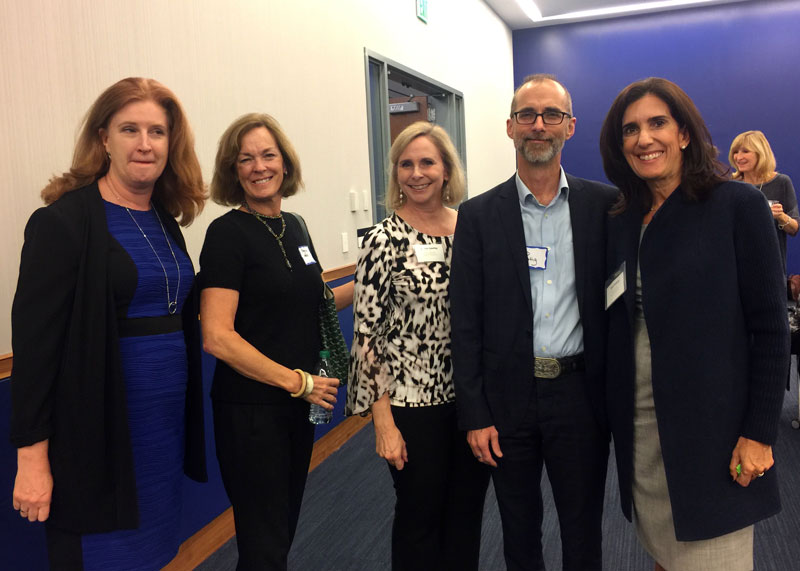 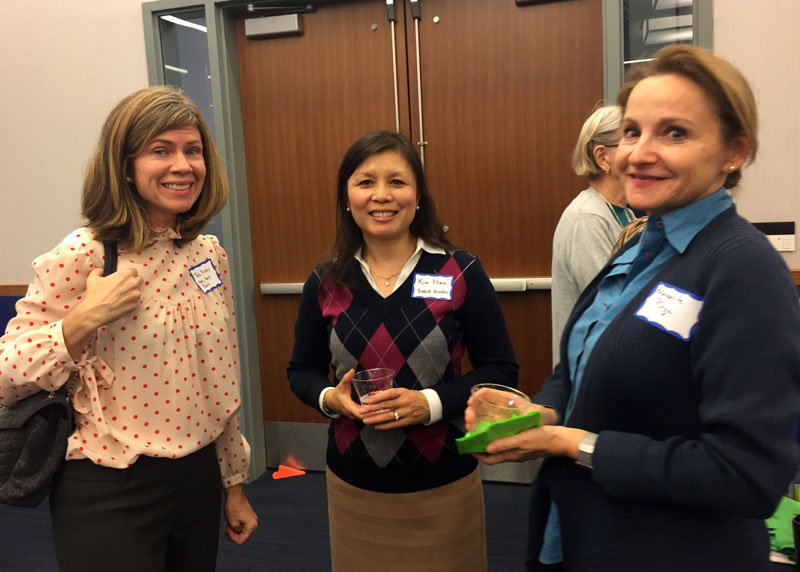 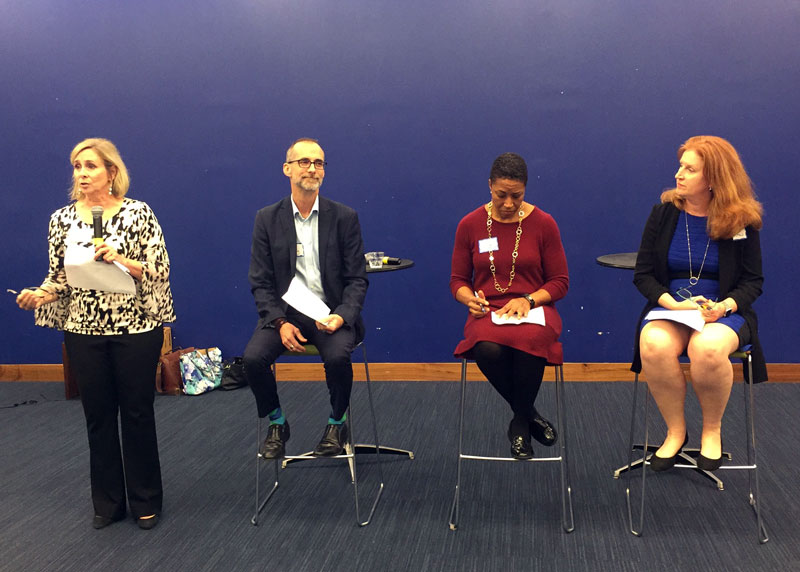 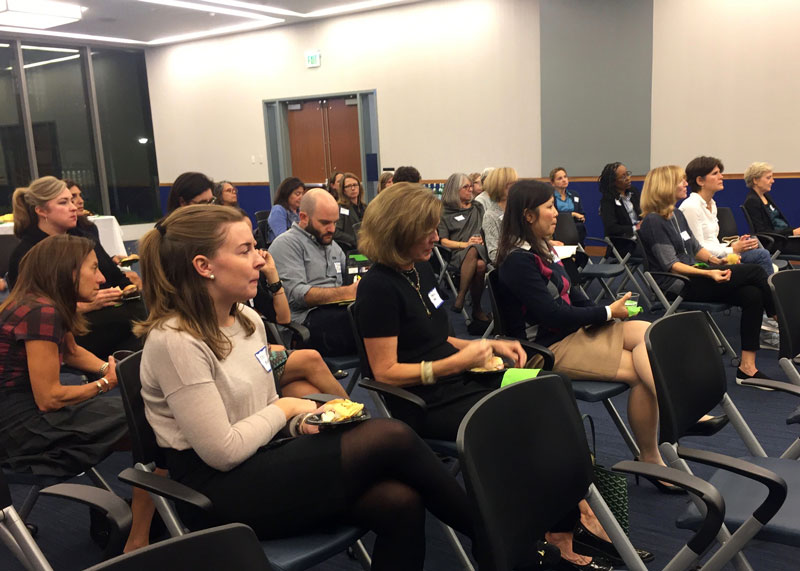 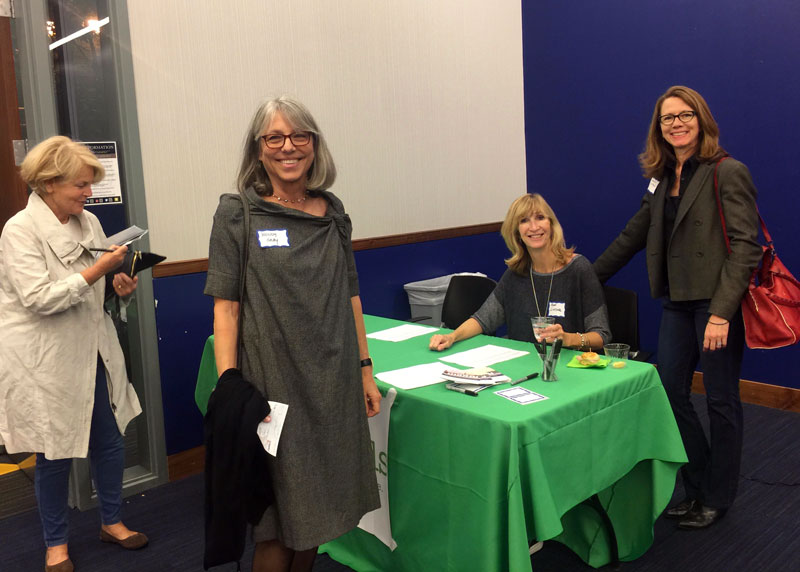 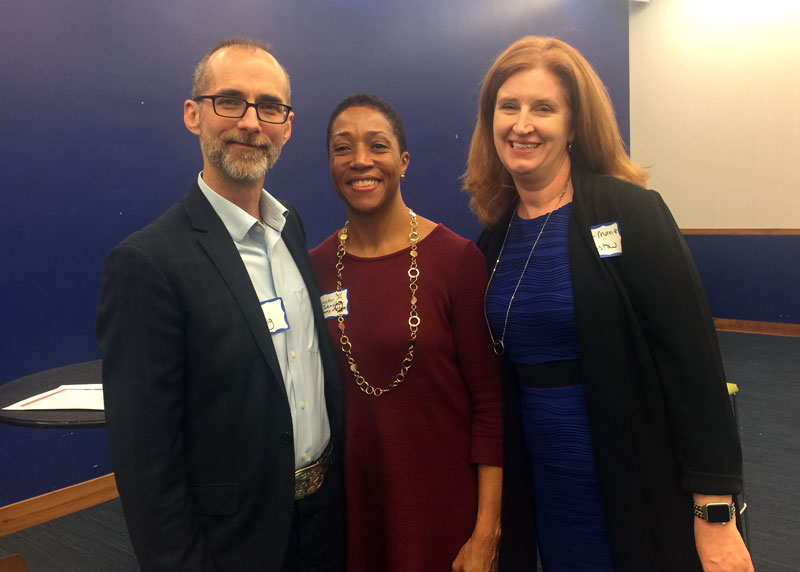 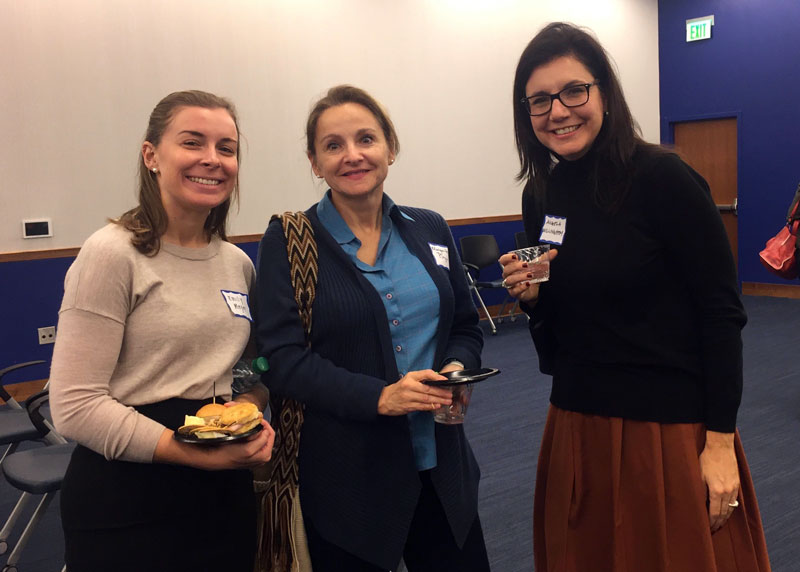 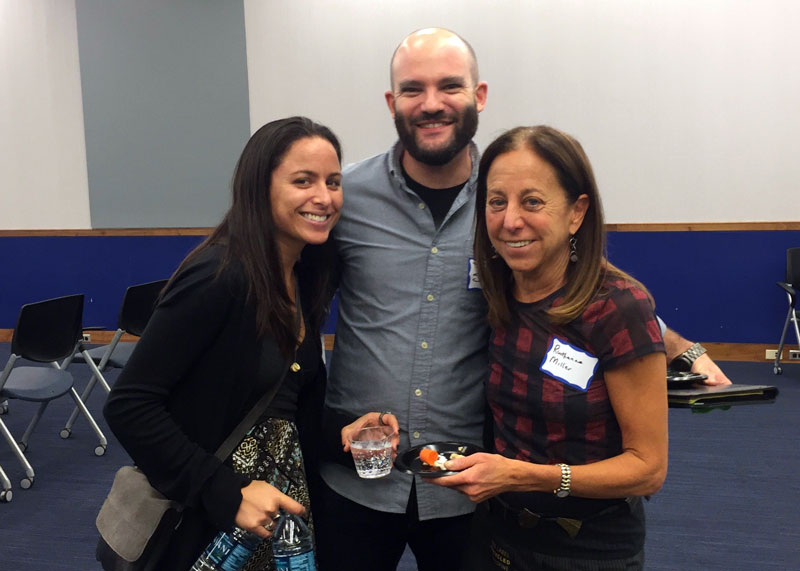